As to our sailors of the Mercantile Marine, they faced horrors often worse than those of the battlefield. A ship torpedoed, perhaps scores of miles from any shore, in rough weather, with frail boats and no time to stock the boats—the cruel waves, like beasts of prey, playing with their victims before devouring them; and often they were spared for a worse fate—the incredible torture of hunger and thirst. No wonder that 15,000 of them fell victims to the cruellest and most dastardly piracy ever perpetrated on the high seas. 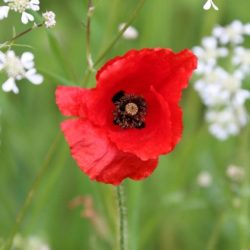 Despite their acknowledged sacrifice, those New Zealanders who were employed in the Mercantile Marine, on ships owned by companies such as Union Steamship Company and New Zealand Shipping Company, continue to be omitted from this nation’s memory of WWI.

Those who made the ultimate sacrifice rarely feature on the WWI memorials of their local towns and cities in New Zealand. Their names did not appear on the 2018 Armistice Centenary Field of Remembrance on New Zealand’s Auckland Domain, despite receiving the same British War Medal as those of the armed forces.

The New Zealand Mercantile Marine casualties are remembered here, some of them were no more than children. All of them are heroes.